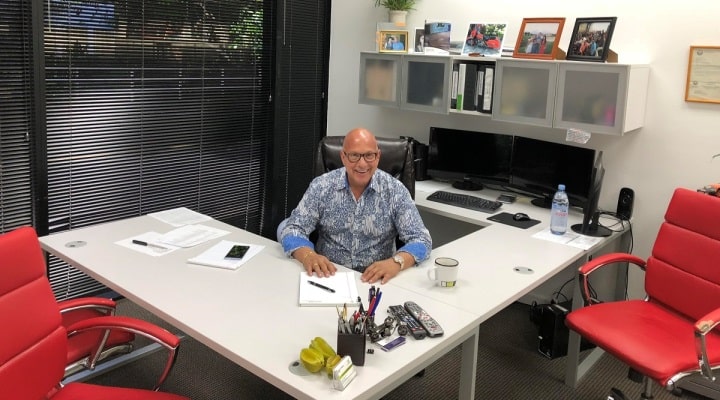 Greg Fishman is the CEO and President of Resolvly, a debt resolution company in Boca Raton. Resolvly is committed to providing the utmost support to clients who are having hard times in their financial lives. Clients can get personal support through Resolvly’s legal team GM Law Firm for help with student loans and unsecured debts.

Fishman started his career at the age of 19 at a chemical manufacturing company as the National Director of Sales. In a year, he worked his way up as vice-president of National Interchem. He was at National Interchem for 28 years. During the last eight years at the company, he bought it from Art Saltz, who was the previous owner.

As a single father with three children, Fishman decided to sell the business and move to Florida. After his children went off to college, he got into the car dealership business, which was ranked number one in the nation.

One day while at the car dealership, he met a man who convinced him that he would be good in helping people with their debts. Fishman knew all too well how it is to make ends up. He, himself grew up poor. After thinking long and hard about it, he enrolled in financial analyst school. After his schooling and receiving his Series 7 license, he obtained employment at a debt relief company called GHS Solutions. While working at GHS Solutions, he aspired to have his own debt solutions company. His dream finally came true in 2014 where he opened up Resolvly.

With Resolvly in place, Greg Fishman has been able to help clients who want to know they can trust a company who has their best interest. He has seen too many clients in other debt relief programs be taken advantage of when it comes to their money.

Resolvly has already been in business for four years and has had ideas in place for the company five years before they even opened. Fishman thinks about his parents when it comes to Resolvly because he wonders how they would have felt. His plan for Resolvly is to have a business where clients are not only receiving honest financial expert assistance, but they can feel confident at the same time.

If you’ve tried other debt recovery solution companies with no progress, you may want to look into Resolvly. Get the debt relief help you need by contacting Resolvly at (855) 404- 0034 to get a free consultation.